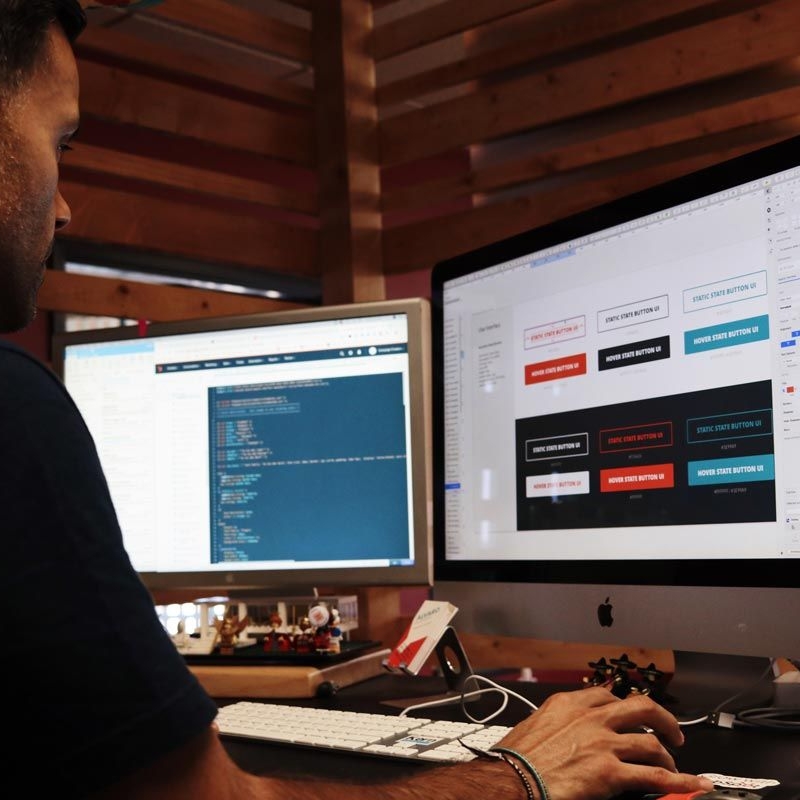 Before we can compare the two terms, it’s important to understand their definitions. Web design is a discipline that deals with the visual and usable treatment of a website. It’s the look and feel, as well as the navigation structure and all related components, that are covered here.

Web development, on the other hand, involves taking a web design and hierarchy and translating this into a fully-functional website. Basically, this is the “programming” part of the website-building process.

A helpful analogy might be to think of the website-building process as similar to that of assembling a watch. You have a designer that maps out what the watch is going to look like when it’s on your wrist, as well as which features it has. That’s web design. You then have a watchmaker who will assemble all of the gears and moving pieces that go behind the face of the watch (and are often hidden from the end user’s view) in order to actually make it tick. That’s web development.

There are five design principles that all good web designers will consider when building the layout and feel of a website.

Web development involves the use of coding language (such as HTML and CSS) to translate the design elements of a website into usable, clickable content. If a fillable form was built into the design of a website, for example, the developer would then make sure that the form can be completed and submitted by users, and that the information they enter actually goes somewhere once the user hits “submit.”

While people often confuse web design and web development, the two terms represent completely different skill sets, and wholly separate stages of the web-building process. Now that you know the difference between them, you’ll be able to use the right terminology and have better conversations when you interact with individuals from those teams.

Now, do you know the difference between web design and graphic design? If not, click here for further reading on two more commonly confused industry terms!